On our first journey together to explore Ohio – where John’s family has deep roots – we circled the state in search of outdoor and cultural adventures, centered on a conference we attended in Columbus. 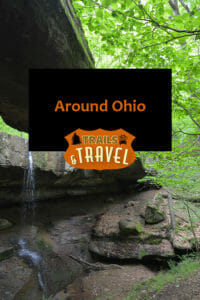 Ohio isn’t exactly round, but more of a square with nibbles taken out of it by neighboring Kentucky and West Virginia.

But the name feels round and looks round, and the state tree, the buckeye, sports a round nut. While the nut isn’t edible, the buckeye candy is, a globe of peanut butter goodness dipped in chocolate.

The Buckeye Trail, a whopping 1,444 miles in a single state, is one of the longest loop trails we know of. So there’s a lot of roundness circling around Ohio.

And that’s what we did: circle the state. Although John is a native Floridian, his Ohio lineage goes back on both sides of the family to the earliest German immigrants who came to Ohio to farm, including the founders of the town of Lithopolis.

Sandra has a passing familiarity with Ohio, having lived in the Ohio Valley across the Pennsylvania border for more than a dozen years, with forays into the Buckeye State.

While a conference in Columbus anchored this trip, everything revolves around it – as does the Buckeye Trail, if you take a look at it on a map – and so did we.

Everything that goes around, comes around. So we’d like to give a shout-out to Dayton hiker Andy “Captain Blue” Niekamp, the first person to solo hike the whole Buckeye Trail.

Andy completed a thru-hike of the Florida Trail in 2019. He’s the face of adventure in Ohio, something we learned more about on this trip: Ohio’s outdoor adventures. Check out his website. 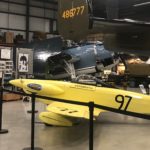 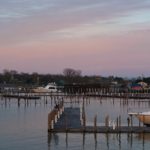 Puttering Around Put-in-Bay - Puttering around Put-in-Bay, Ohio, in a rented golf cart, I was able to explore this island in Lake Erie at a relaxed pace while learning about its history. 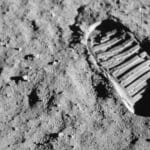 First on the Moon - North of Dayton, surrounded by farms, the Ohio town of Wapakoneta celebrates its biggest claim to fame: it's the hometown of Neil Armstrong and home to the Armstrong Air & Space Museum. 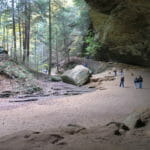 Hocking Hills: Full of Hikers - Full of geologic wonders that you wouldn't expect to find in Ohio, Hocking Hills State Park is a big draw for hikers, worth the trip to get there.