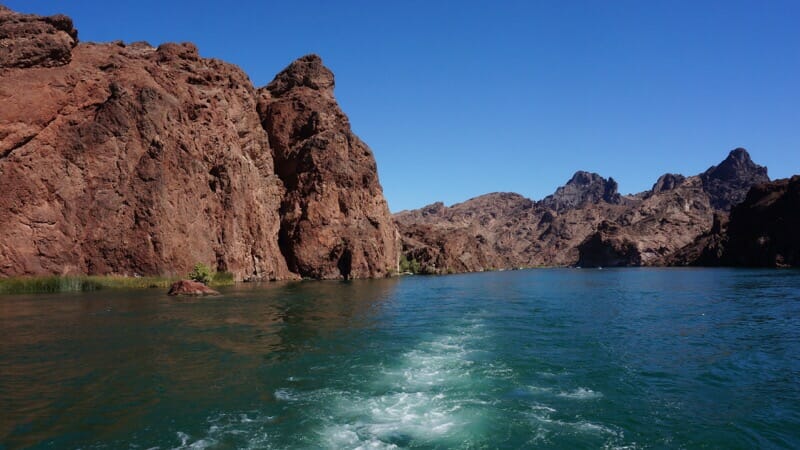 After hiking the Colorado River Heritage Greenway, I was looking for another thing to do outside of the casino walls in Laughlin.

I once drove from California to the Grand Canyon and visited the London Bridge along the way. It was many years ago. So cruising down the Colorado River to see it on a jet boat sounded like a great adventure.

Arriving early, I found a tiny sliver of shade behind a column of the casino. I was learning that shade here in the desert was a rare occurrence.

While waiting for the trip to begin I learned from their brochure that Joe had started this business and during the second year of operation hired Jenny as his first deck hand. The fell in love, got married, and now she pilots the second boat.

Today Joe would be my captain, and I would see Jenny while picking up passengers at our second stop. One by one we stopped by the casinos, gathering more adventurers, until the large aluminum catamaran was nearly full.

Passing under a few pipelines, cable crossings, and bridges we motored south. As we passed under the I-40 bridge, and the community of Needles, we were firmly out of Nevada. From here we would be between California and Arizona for the rest of our trip to the London Bridge.

On the east side of the river, we could see the Havasu National Wildlife Refuge, which continues down to Lake Havasu. It’s a birding hot spot and home of endangered species like the Gila monster and the clapper rail.

The old Route 66 bridge has been converted into a pipeline bridge. As we passed below it we entered the Topock Gorge. For the next 17 miles we saw interesting and beautiful rock formations in the volcanic rock, cruising through the Devil’s Elbow and past petroglyphs, and places with names like Sand Mound, Natural Arch, and Sand Bar. Finally, we reached the end of the Gorge and the buoy line for the beginning of Lake Havasu.

The lake, 24 miles long and 4 miles wide, formed behind the Parker Dam. Before the Colorado was dammed, steamboats were used along the Colorado River. This location along the river was once known as Livermore Landing, a large mining area with copper ore as their biggest resource.

The London Bridge was saved from “falling down” by Robert McCulloch. Known for his chainsaws, McCulloch started out building outboard boat motors. Flying over the area, he stopped at an airstrip which would provide easy access. The lake would be a perfect testing ground for his new outboard motors.

He built his factory and did well. He wanted to help develop the area, and began looking for something that would put his city on the map.

About the same time, London realized that their bridge was sinking about an eighth of an inch a year and was indeed “falling down.”The city put it up for auction and Robert McCulloch bid 2.4 million dollars. It wasn’t the highest bid, but the folks of the city of London liked the Lake Havasu location and the idea.

Numbered and disassembled, it was shipped to Long Beach, California, and delivered by semi-truck to Havasu City. Reassembly began in 1968. Once complete, a one mile canal was dug below the bridge. The 7 million dollar project was dedicated in 1971.

After my lunch of fish and chips, it was back on board for the return trip to Laughlin. Having seen the sights before, the ride back to the hotel went by much more quickly. 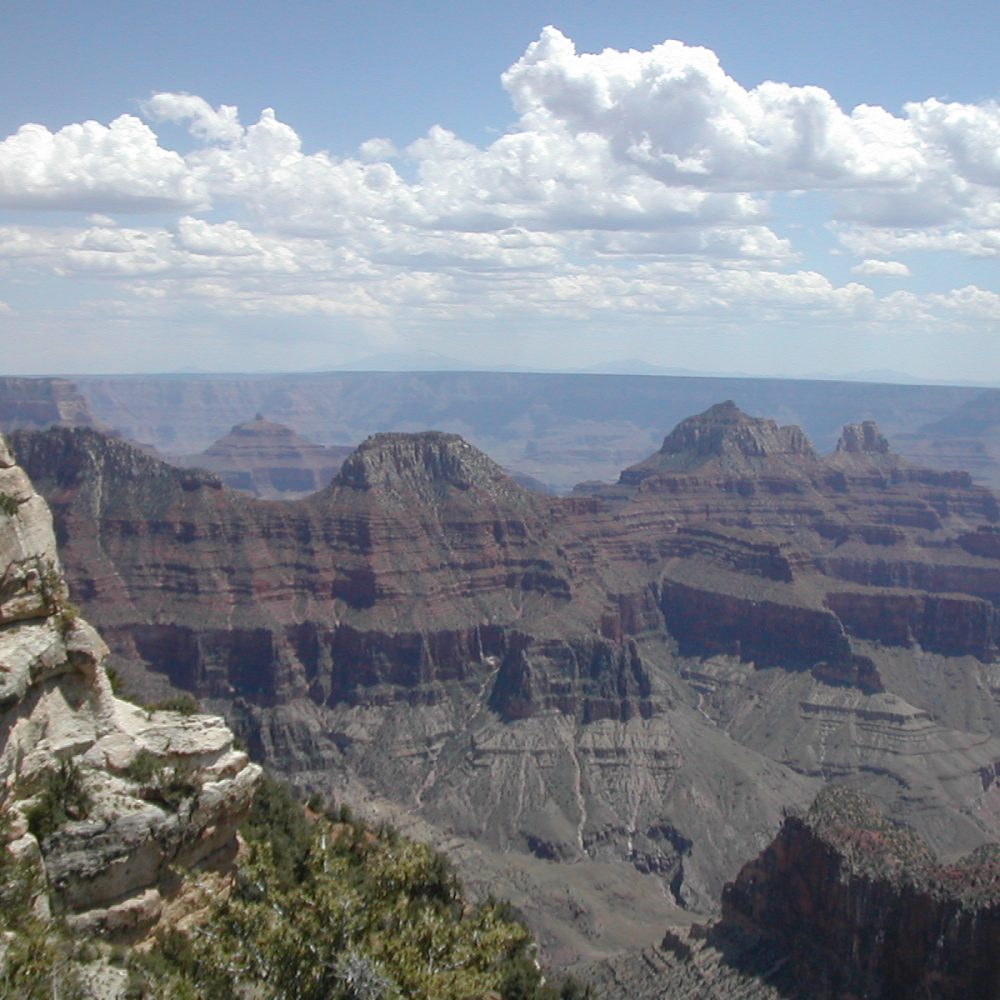 Like most people, I had always wanted to see the Grand Canyon. The opportunity came in 2004 during a business trip that involved Las Vegas and Scottsdale, Arizona. Lo and behold, the Grand Canyon sat between them … but what a long, involved drive! Still, it was worth every mile to visit Zion, Bryce, and the Grand Canyon – a triple play of National Parks – in one go.

The best approach to this famed spot was from Kanab, Utah to the North Rim, and although it was Memorial Day weekend there were still piles of snow all along the entrance road. My time there was much too short. I feel a need for a long Western States road trip coming on.