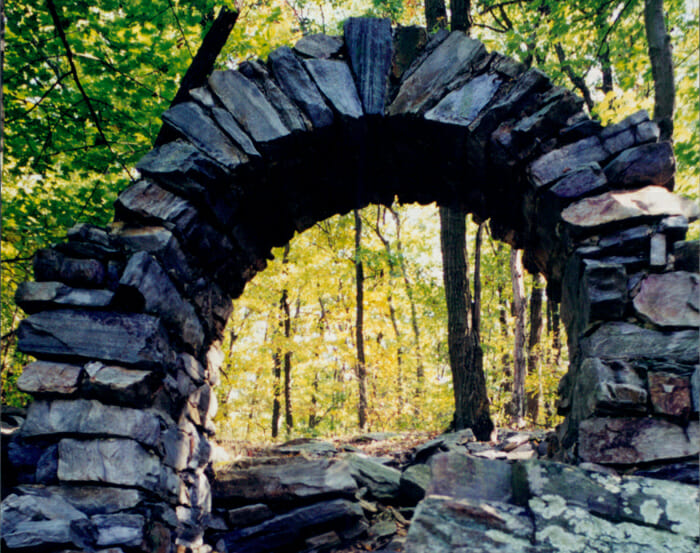 George Alfred Townsend was a legend in his time, a newspaperman whose coverage of the Civil War left him with a lot to think about. He built a retreat on the Appalachian Mountains not far from Harper’s Ferry, and it was here he spent his days writing novels and thinking about the things he’d seen.

Now Gathland State Park, the Appalachian Trail runs through it, and it’s best known for the War Correspondents Memorial arch.  This lesser-noticed arch caught my eye as a gateway between the worlds of nature and war.