The buzzing sound in the distance caught our attention as we pulled into Conway on Michigan’s North Western State Trail. It was a most unusual boat race on Crooked Lake!

You are here: Home / Travel / The Outboard Motorboat Race

Riding north along the North Western State Trail, we could hear a buzzing sound off in the distance. It sounded like every angry hornet in Northern Michigan was not far from the trail. As we came to the little lakefront town of Conway, we ventured from the trail to see what the noise was about. 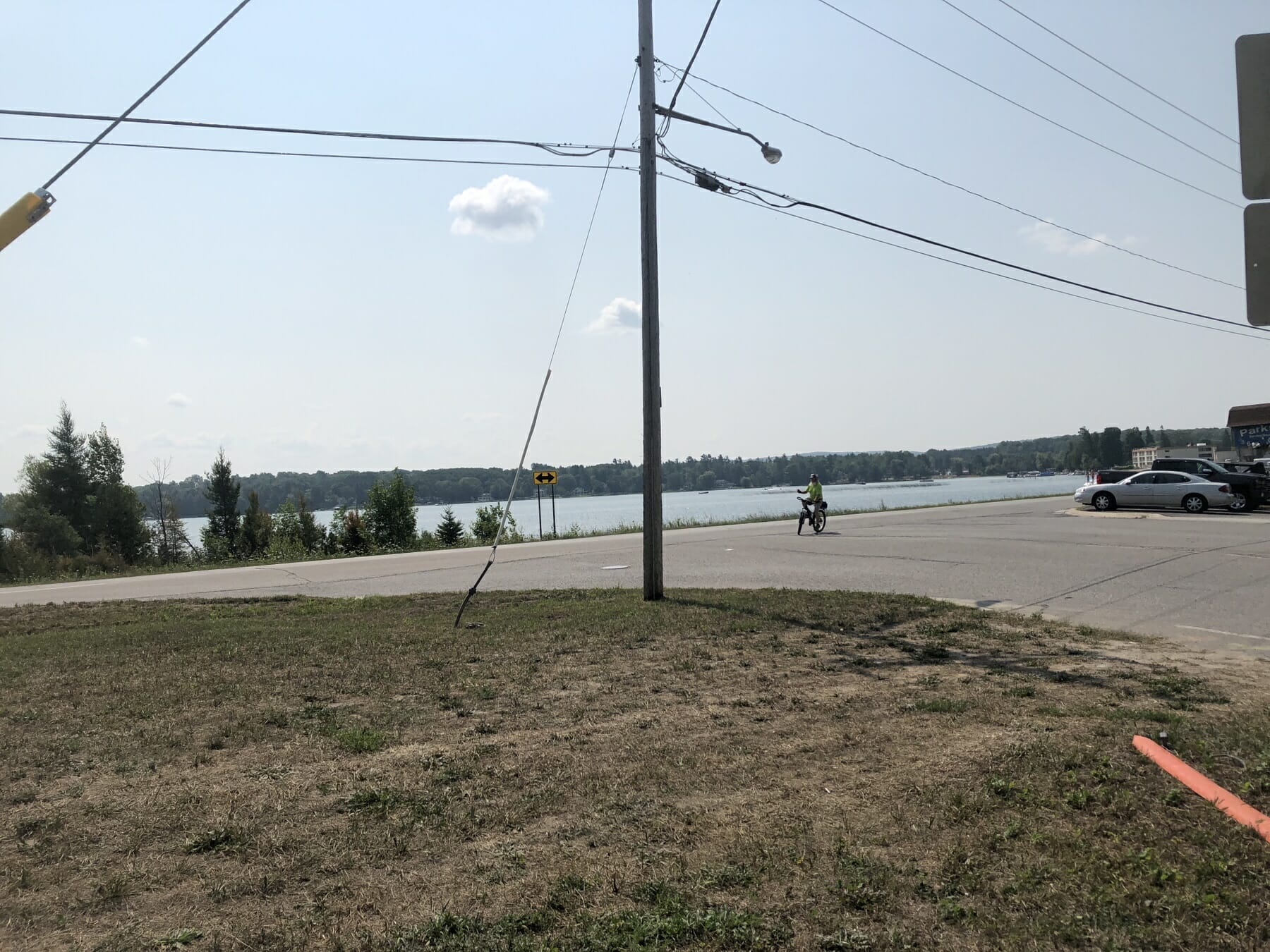 Conway was the turnaround point for the Top O’ Michigan Outboard Racing Club’s Outboard Marathon Nationals. For the last seventy years, young racers and their families have been competing in this annual long distance race. It’s the last distance race of its kind. This year, the racers covered over eighty miles in two days at speeds pushing 70 MPH.

This year’s participants included a 10 year old returning racer competing against his 13 year old sister in her first race. And it’s not uncommon to have third and forth generation racers in many of the classes. Even with nearly a hundred competitors this year, the course record till stands at 1 hour and 27 minutes, a record that was set back in 1957! 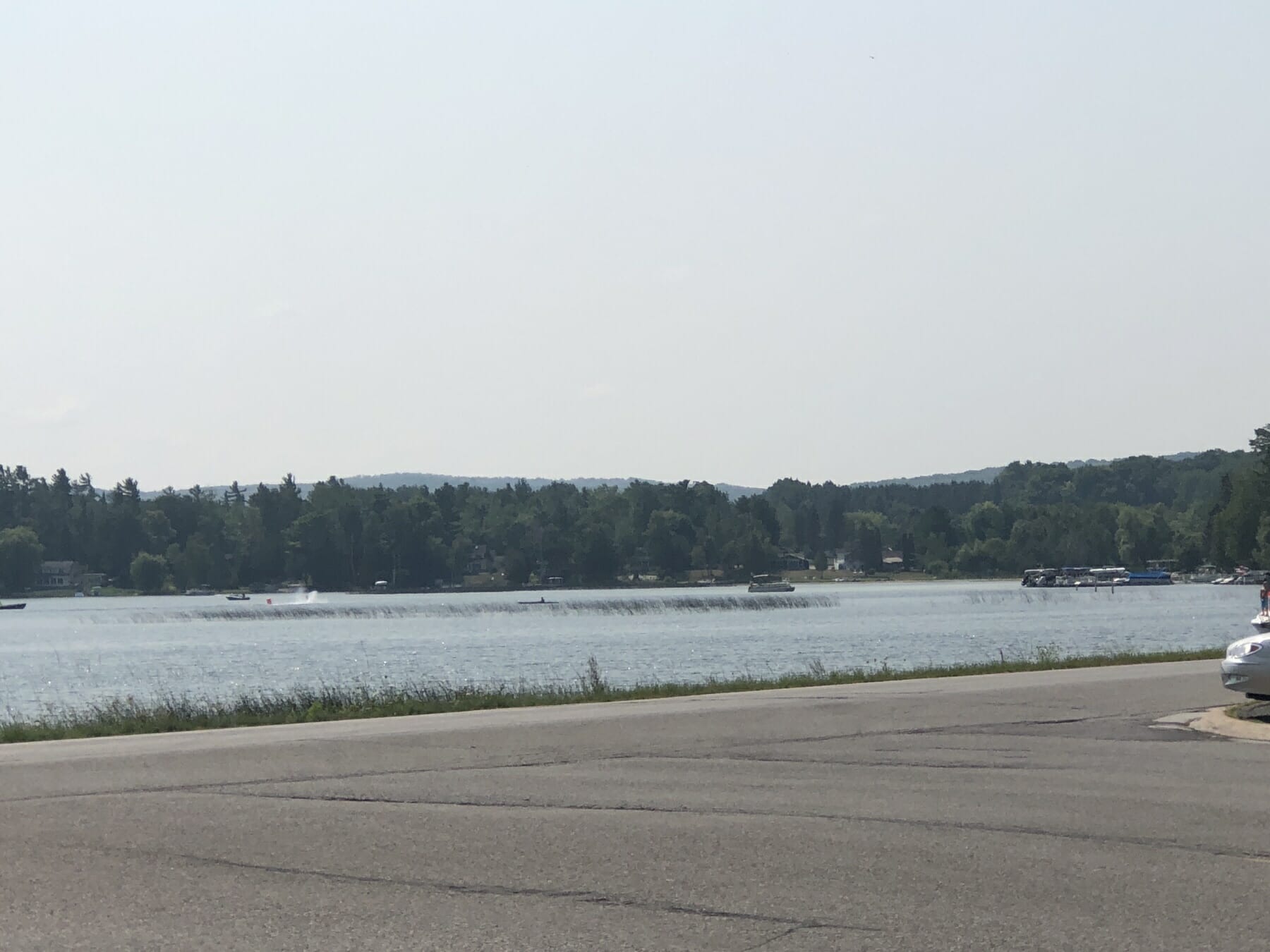 As we stopped in Conway on Sunday, we were among over five thousand people swarming the region to catch a glimpse of the tiny boats screaming along. We were lucky to be in the right place at the right time to witness this year’s event.