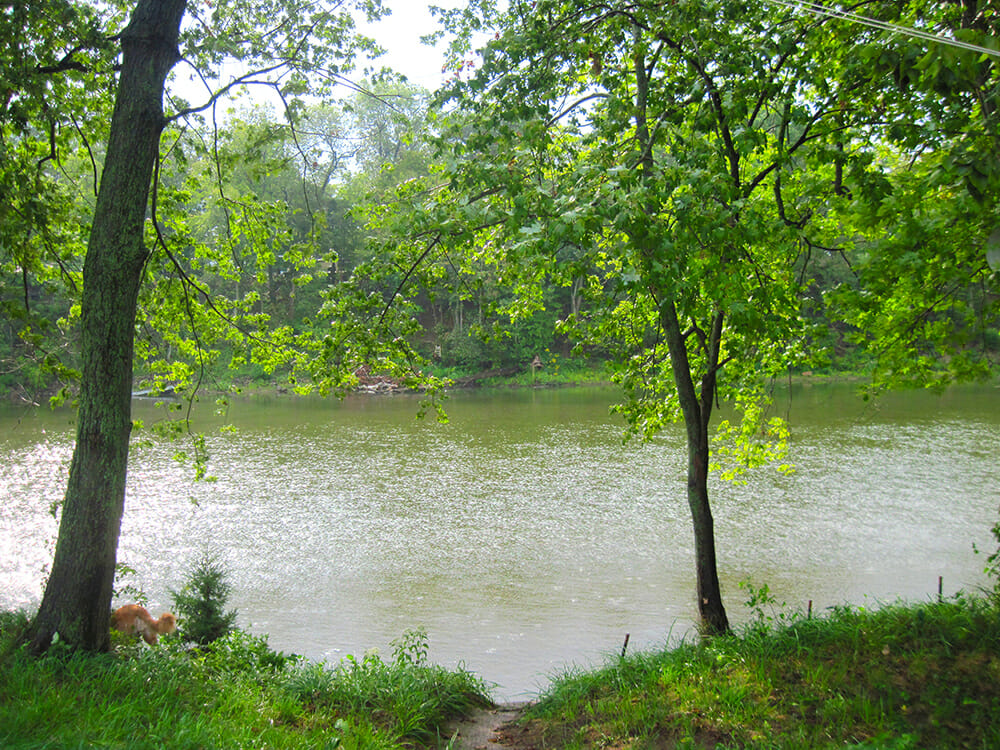 An old friend of the family retired a few years ago. Like me, his career ended earlier than he had planned. Without a reason to stay in the area, he loaded up all his belongings in a trailer and in the back of his truck. He relocated and started a new life.

He didn’t relocate in the traditional way, looking to find some new or exotic place. He went home, to the place where his father and grandfather had lived, where the family still owned property and a few riverfront cottages. He settled into his own little place. After serving in the Navy and spending over twenty years working in the Space Shuttle program he’d been gone all of his adult life. Now, he was back.

He spends almost every morning down having coffee with the locals, and knows everybody by name at the barbershop. He works on tractors and small engines to earn a little spending money, and occasionally runs a tractor or two. No one knows what he used to do. He once worked in the shuttle crew module, testing and preparing the spaceships for their next missions. They don’t need to know.

When we visited him, he pulled up in his old pickup. He wore an old pair of well-worn bib overalls. His rescued golden retriever rode in the passenger seat. With a tear in his eye, he told us how proud he was that he had met John Glenn, who had just passed away. We sat there on the porch reminiscing of our good old days working at Kennedy Space Center. Sitting there, listening to the wind blowing through the trees, we watched the weather change. A large storm front was heading our way.

When the pelting rain drops on the tin roof became unbearably loud we moved inside the walls of his 800 square foot cabin. It no longer sits along the river. The floods a few years ago filled it with water nearly to the ceiling. The interior was ruined, and he lost so many irreplaceable things.

After things dried out, he hired a house moving company. Pulling it across a corn field, they moved it high on a bluff over looking the river. Now eighty feet higher, he feels pretty safe!

The interior walls have been replaced with T-111 exterior siding. They are still unfinished, just the raw wood exposed. It gives the place a rustic charm. There are two small bedrooms and a bathroom. Only three interior doors. The rest of the home is just an L shaped room. In the living room is a good wood stove, and in the kitchen sits an antique table. The washer and drier are right in the kitchen, not hidden from view. They make a great extension to the countertops.

It’s a simple home, and he loves living in it. Isn’t that a wonderful thing: he’s enjoying retirement and is happy. As far as I’m concerned, it just doesn’t get any better than that!